According to a recent report that emerged on the internet, Maruti Suzuki India Limited (MSIL) is gearing up to introduce the Jimny off-roader by the middle of 2023 as it looks to consolidate its SUV portfolio. The largest carmaker in the country will launch the heavily revised Brezza in a month or two and it will be followed by an all-new midsize SUV later this calendar year 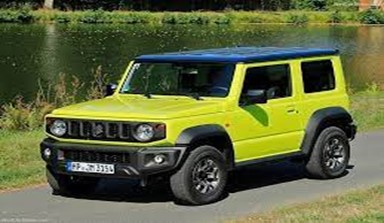 Maruti Suzuki displayed the JDM-spec three-door Jimny Sierra at the 2020 Auto Expo to gauge customer interest for the lifestyle off-roader and it has grabbed plenty of attention from the show-goers and media alike. In 2021, the production of the three-door Jimny commenced in India to meet the global demand as it is shipped to many countries from the Gurugram plant.

The report further noted that the pre-pilot trial was scheduled for this month, only to be postponed due to supply chain issues related to the imported components. It is worth noting that Maruti Suzuki’s CEO Hisashi Takeuchi had previously expressed his intention to expand the SUV portfolio. He said, “We have a plan to enhance our product lineup in this SUV space especially,”